What happens at end of a power purchase agreement?

Three Things to Know About Solar Power on WCAI

If you’ve ever thought solar power was only for the tropics or desserts, think again. In May of this year, Governor Deval Patrick announced that solar installations in Massachusetts – photovoltaic, the electricity-generating panels, not solar hot water – had already reached the goal his administration set for 2017. He then proceeded to raise the goal to 1,600 MW installed by 2020. 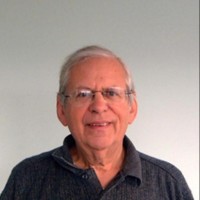 We wish to thank our sponsors and supporters